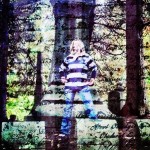 Hello everybody. Myself Kumar. My nick name is Aryan. I'm from India. I'm able to see, hear, smell the spirits & ghosts from my childhood. I'm the founder of Global Paranormal Hunters & running a paranormal page to share paranormal education among the mankind & help the people with their paranormal problems. I do exorcism, face reading, aura reading, aura cleansing, astral spiritual protection, healing through pics. I have solved lots of paranormal cases in all over the world. I'm in this paranormal industry from 2010.

Fiji’s new Parliament House was opened for use in 1992, but a mere five years afterwards, a shadowy figure was recorded on the building’s security cameras for a full five minutes. When the footage was shown on national television, an exorcism was called for, which took place in the Autumn of 1997.

Port au Prince cemetery in Haiti, said to be haunted by number of ghosts. In Christchurch, Barbados, the crypt belonging to the Chase family earned a spooky reputation when the coffins of Colonel Thomas Chase and his two daughters were found to have moved around — after the crypt had been sealed shut.

There is a village in Papua New Guinea, famous for its weird culture. Yes, its weird due to the fact that the people of this village hangs the smoked body of their dead relatives on bamboos !!

Their flesh is stained red, and they seem to be imprisoned within cages of bamboo, as if to keep them from leaping down and devouring any explorer who strays too close.

The Anga people who lives there says that its their way to respect their dead relatives !!

Dead men, women and children are effectively smoke cured, in much the same way as a kipper.

Elizabeth college was founded in 1563. The college is said to be haunted by several ghosts !! The story is like this :

It was evacuated during the German occupation of World War II and used by Nazi troops as a base. Many occupying troops never made it back home and the ghost of one Nazi soldier has been spotted by teachers and those who walking the school halls alone.

A more popular rumour of the school is about a ghost who roams the halls surrounding the Le Marchant Library. Its said that it was the ghost of a child said to have been put in detention on the last day of term, forgotten about and locked in the building over the summer, where they subsequently starved to death.

Ideally located on a secluded spit of land on the French Polynesian island of Huahine, the over-water bungalows here still appear alluring and the botanic garden-like grounds are still meticulously maintained.

Closer inspection reveals a totally derelict property, battered by the elements and stripped of all fittings, with gaping holes in the bungalow roofs and many of them in danger of collapse.

It’s been a decade since the last guest checked out and the former Sofitel stands as a somber monument to the dramatic downturn in this onetime holiday paradise.

It is said that its “one of the most feared places on earth.” In 19th-20th centuries, Devil’s Island was the final judgment site for tens of thousands of criminals. Its also known as the penal colony of Cayenne and located in French Guiana, the notorious prison was used for exile of French political prisoners as well as hardened criminals. The colony was rife with disease, and if any prisoners managed to escape, they didn’t get far in the shark-infested waters. The vast majority of them was suffering extremely harsh conditions. The prison was shut down after a century in 1953.

Black Woods Bar and Grill was built in 1994. It is haunted by several ghosts. It is said that a lady in white and a man whose footsteps are heard. A shopkeeper claimed that a lady ghost followed him to his home when he was returning to the home at night.