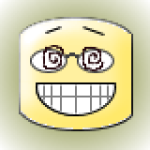 Hey everyone. My name is Bethany Schelling. I'm a mother of a beautiful 10 year old daughter. I'm a bartender/waitress and studying cosmetology. I love in a small town in Amish country. A far cry from the Philadelphia, I know. I have been interested in the paranormal since I was a kid. I've always asked a ton of questions and never really got answers that made sense. After having a few unexplained experiences myself, I started looking for serious answers. Belief isn't enough for me. I want evidence that can stand for itself. I come from a logical point of view and believe science is going to help answer the questions we have. I want to continue to learn and help anyway I can.

Magical and Metaphysical Properties of Topaz

Topaz is a beautiful gemstone worn by people all over the world. Many wear it simply for it’s beauty, but it is believed to have many other qualities then just cosmetic.

The name Topaz is said to come from the Sanskrit meaning fire. For centuries, Topaz has been worn and kept close to increase intelligence and creativity. This gemstone has often been called, “the stone of love and success in all endeavors”. As early as Ancient Egypt, Topaz was thought to be colored by their Sun God, Ra. Because of this, the gemstone made a very powerful amulet to wear to protect them from harm. The Romans also felt that Jupiter, their Sun God, was responsible for the gemstone as well. Even Ancient Greeks thought Topaz contained powers of strength. It was worn in battles by some because they believed it would make them invisible during severe circumstances. Topaz was also used by many diplomats to help discover secret plans by their enemies and improve them with strategic planning.

Topaz is one of the only gemstones thought to follow the moon phases as far as strength of it’s mystical powers. At times closer to the full moon, the stone is at it’s most powerful. When the moon is barely visible, it has little to no power at all. Perhaps this is another reason why Topaz is so closely associated with the sun and solar energy.
This gorgeous gemstone comes in array of colors. Each having it’s own metaphysical and magical properties:

Clear: Communications with “the other side” and nature

Although Topaz is believed to be very powerful in its healing qualities and magical properties, not everyone is able to benefit fully from them. Those born in the months that Topaz is their birthstone ( November and December), are capable of experiencing their full effect.

Whether this is all just myths and legends, Topaz is a beautiful gemstone with an interesting history. Because my birthday is in November, I have worn and owned this stone for years. Is it responsible for the protection and insight I have received over the years? Who knows but I have to say, it’s an appealing thought.

Many know Stanton Friedman for his work regarding the Roswell incident in 1947. But he is much more than your average UFO seeker.

Born on June, 29, 1934 in Elizabeth, New Jersey, Friedman went on to earn a Bachelor in Science at the University of Chicago in 1955 and a Master in Science degree in nuclear physics in 1956. He was employed for 14 years as a nuclear physicist for many different companies including, General Electric, Aerojet General Nucleonics, General Motors and McDonnell Douglas where he worked on advanced classified programs on nuclear aircraft, fission and fusion rockets and compact nuclear power plants for space applications.

He became interested in UFO’s in 1958 and in 1970, left his position as a nuclear physicist to pursue the scientific investigations of these unidentified flying objects. He has since given lectures to over 600 colleges and over 100 professional groups all over the world.

Stanton Friedman is known as the first civilian to investigate the Roswell incident and one of the first to interview many key witnesses that were involved. Friedman supports the hypothesis that it was indeed a crash from something not of this world. He is well known for his stand with debunkers of UFO’s and the Roswell Incident in particular. He has shared many times his four basic rules of UFO debunkery:

1. What the public doesn’t know, we won’t tell them
2. Don’t bother us with the facts, out minds are made up
3. If we can’t attack the data, we’ll attack the person, it’s easier
4. Do ones research by proclamation not investigation, it’s easier and people don’t know the difference

Friedman is a methodical researcher, a steadfast debater, an investigator, a scholar and a scientist. Indeed, it was his constant digging into the case that brought the widespread attention to Roswell.

His main lecture “ Flying Saucers Are Real”, has been given all across the world. The evidence is overwhelming, he says, that the planet is being visited by extraterrestrials, and that the government is covering it up. A piece of evidence he often cites is the 1964 star map drawn by alleged alien abductee, Betty Hill, during a hypnosis session. Astronomer Marjorie Fish constructed a three dimensional map of a nearby sun-like stars and claimed a good match from the perspective of Zeta Reticulli, about 39 light years away. Friedman defends the validity of this match and believes it to be authentic.

He has been on countless TV series such as Unsolved Mysteries, History Channel documentaries, network interviews on Nightine and CBS Sunday Morning and Larry King. He has written a number of articles and a few books such as, Science Was Wrong and Flying Saucers and Science.

Most people believe in aliens. Though they may not share that with everyone, a CNN poll showed 80 percent of Americans believed the government was hiding information about UFOs and 64 percent believe we have been contacted by extraterrestrials. Some may call Friedman crazy or obsessed but he has spent his life trying to solve one of our biggest mysteries using scientific investigation methods. And he continues to search for the truth and more importantly the proof that we are not alone.

“Just because you can’t see it, doesn’t mean it’s not there, which is and important lesson to learn as a researcher”
Stanton T. Friedman

The 5 stages of grief

Losing a family member or someone close to us can be one of the hardest things we go through. Many of us have either someone close to us pass or know someone that has. We want answers and conformation that they are safe and at peace. In searching for that, we don’t give ourselves the time to go through the grief process.

Grief: a multifaceted response to a loss, particularly to the loss of someone or something that has passed to which a bond or affection was formed. Although conventionally focused on the emotional response to loss, it also has physical, cognitive, behavioral, social, spiritual, and philosophical dimensions

Grief is a natural response to loss. I have seen and have been one of the people that jump right in to trying to make contact with those that have passed or are looking for proof of their afterlife existence. It is extremely important that we allow ourselves the time to go through the process of grieving. There is no right or wrong way to grieve but many of us go through different stages.

1. Denial and Isolation
The first reaction to learning of terminal illness or death of a cherished loved one is to deny the reality of the situation. It is a normal reaction to rationalize overwhelming emotions. It is a defense mechanism that buffers the immediate shock. We block out the words and hide from the facts. This is a temporary response that carries us through the first wave of pain.

2. Anger
As the masking effects of denial and isolation begin to wear, reality and its pain re-emerge. We are not ready. The intense emotion is deflected from our vulnerable core, redirected and expressed instead as anger. The anger may be aimed at inanimate objects, complete strangers, friends or family. Anger may be directed at our dying or deceased loved one. Rationally, we know the person is not to be blamed. Emotionally, however, we may resent the person for causing us pain or for leaving us. We feel guilty for being angry, and this makes us more angry.

3. Bargaining
The normal reaction to feelings of helplessness and vulnerability is often a need to regain control. This is where the what ifs come in. Most of us have done this to ourselves at one time or another. What if we got them medical attention sooner? What if we got another opinion? What if I was a better person to them? Secretly, we may try and make a deal with God or our higher power in an attempt to postpone the inevitable. This is the weaker line of defense to protect us from the painful reality.

4. Depression
Two types of depression are associated with mourning. The first is a reaction to practical implications relating to the loss. Sadness and regret predominate this type of depression. We worry about the costs and burial. We worry about if they are at peace and well. We worry that, in our grief, we have spent less time with the others that depend on us. This phase may be eased by simple reassurance and clarification. A little cooperation and a few kinds words can really be of help. The second type is more subtle and in a sense more private. It is our quiet preparation to separate and to bid our loved ones farewell.

5. Acceptance
Reaching this stage of mourning is a gift not afforded to everyone. Death may be sudden and unexpected or we may never see beyond our anger or denial. Loved ones that are terminally ill or aging appear to go through a final period of withdrawal. Their behavior implies that it is natural to reach a stage at which social interaction is limited. The dignity and grace shown by our loved ones at this time may be their last gift to us.

Coping with loss is ultimately a deeply personal and singular experience. Nobody can help you go through it more easily or understand all the emotions that you are going through. But others can be there for you and help comfort you through the process. The best thing you can do for your well-being is to allow yourself the time to feel and go through process. Resisting it will only prolong the natural process of healing.