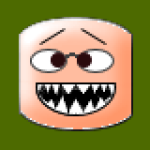 Hi I’m Eddie. I’ve been study the paranormal since I was young. Along with other mysterious things, UFOs, bigfoot ect. I am an outside the box thinker and can generally come up with different explanations for things. I’m always looking for the truth.

The Ropen is a flying cryptid alleged to live in the vicinity of Papua New Guinea.  According to the book Searching for Ropens, it is “any featherless creature that flies in the Southwest Pacific, and has a tail-length more than 25% of its wingspan.” On Umboi Island the word “ropen” refers to a large nocturnal creature that glows briefly as it flies. The ropen is the subject of folklore (like a man but also like a spirit) but it’s believed by some natives to be a real animal. Descriptions vary, but it is often said to be batlike, and sometimes, Pterosaur-like; although pterosaurs are generally accepted to have been extinct. The ropen is believed to be nocturnal and to exhibit bioluminescence. Purportedly it lives on a diet of fish, though there have been some reports of the creature feasting on human flesh, especially grave robbery.

This month’s installment of cryptids is about the

Storsjöodjuret; or the “Great-Lake Monster” is a lake monster reported to live in the 300-foot-deep (91 m) lake Storsjön in Jämtland in the middle ofSweden. The lake monster was first reported in 1635 and is the only one of its kind in Sweden. When the only city located by Storsjön, Östersund, celebrated its 200 year anniversary in 1986 Storsjöodjuret along with its offspring and nest became protected bylaw, a law which was revoked in 2005.
Storsjöodjuret is described as a serpentine or aquatic reptile with fins across its back and the head of a dog. It is reported to measure approximately six meters long, and some accounts describe it as having several humps.

Common interest in the creature was sparked first in the 1890s. After several sightings, an enterprise of locals was founded to catch the monster, even drawing the support from kingOscar II. Since then hundreds of monster sightings have been made. No scientific results have been made, but the supporters have never lost their faith.

In August 2008 a group of filmers claimed to have captured Storsjöodjuret on film. The cameras showed red so it was somethingendothermic that was filmed