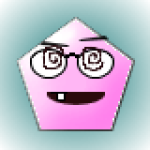 It is my theory that the Extraterrestrial life forms that have come to Earth and have left crop circles, performed animal mutilations, abductions and the like are most likely the first explorers from a possible variety of different species of extraterrestrial beings. I also believe that It is possible that the reason their aircraft appears so advanced is because on their planet fossil fuels do not exist leading them to develop and invent different energy systems for their machinery. It is my belief that the abductions are nothing more than vivisection’s on isolated subjects that they have deemed to be sentient but are unsure of the level of intelligence, hence the reason why animals seem to be left in a far worse state then the human subjects. Due to the fact that as a whole the nature of our attempts to communicate with these beings has been peaceful on our end, I believe that these beings either cannot understand them and ignore them or something far worse CAN understand but do not care for the human race and merely see us as a petri dish, zoo, and botanical garden rolled into one.

Astrophysics is branch of astronomy that instead of dealing with their positions or movements, deals with the nature of heavenly bodies. Due to this fact, the field of Astrophysicists tend to apply many other disciplines such as Electromagnetism, Nuclear physics, particle physics, quantum mechanics, and a host of others. the objects that astrophysicists typically watch are galaxies, stars, extrasolar planets(planets not in our solar system) and many more. some of the most publicly popular topics of astrophysics that interested the general public is dark matter/energy, worm holes, the possibility of time travel, and the existence of sentient intelligent life outside planet earth.

Astrobiology is the study of the origin, evolution, distribution, and future of life in the universe: extraterrestrial life and life on Earth. Astrobiology is an interdisciplinary field encompassing many other fields such as chemistry, physics, astronomy, biology, ecology, geology and much more. Often times astrobiology gets confused with another discipline of a similar nature, exobiology, the difference being while astrobiology is the study of life beyond our planet, exobiology is the search for life beyond our planet. astrobiologists working alongside astrophysicists having been finding more and more extrasolar planets that may be able to support life, the latest of these discoveries was of the planet currently know as Kepler 186f. this brings me to my discussion questions

Now that more and more scientists are searching and studying life on other planets, why are people who have encounters still considered insane? shouldn’t the public be more concerned and interested in finding out more about our potential intergalactic neighbors?

Whats that you say? Your second cousin married a grey? E.T is in your home making collect calls? Elvis not dead simply playing for the aliens?

In this day and age, Aliens have had quite the impact on pop culture and the media. From books like the War of the Worlds to the Martian Chronicles, form movies like Aliens to Paul, and TV shows like V or Falling Skies, Aliens have always been a go to for the use in science fiction. As you probably guessed by the intro Aliens and UFO’s have had another significant impact on the media and pop culture with their constant appearances in tabloids and other associated media, most of the time to quite humorous effect.

With this in mind, Is it because of these impacts on pop culture and media that more people are hesitant with coming forward with their experiences? or is the other way around? is it because of these peoples hesitation to come forward that allows pop culture to take what few sightings and experiences that have been documented and twists them for other amusements leading people to be worried about coming off as insane further perpetuating the cycle?

This macabre phenomenon of cattle being killed and viciously mutilated is both puzzling and disturbing. Hundreds of cases of these attacks have been documented yet none have been explained nor solved. The surgical-type wounds tend to be cauterized by an intense heat and made by very sharp/precise instruments, with no bleeding evident. Often flesh will be removed to the bone in an exact manner, consistent between cases, such as removal of flesh from around the jaw exposing the mandible. such causes as natural decay, to predators, and even crytpid predators have been used as explanations but so far no one has been able to come up with concrete evidence as to how and why these attacks happen.

One of the most widely known extraterrestrial phenomenon, crop circles have appeared in fields all of the world. With their meanings having been theorized to be either means or communication or simple where their ships propulsion systems leave marks, no one truly knows why they are left. Crop Circles are considered to be extremely controversial due to the fact that it is possible to make one. However, some people who say they have witnessed such crafts touching down claim to have gather evidence to the contrary. Crop Circles in general are wildly speculative and are considered to be the orbs of Ufology.

What are your thoughts on crop circles? Intergalactic tweets of simply some people yanking chains with advanced vandalism?

Everyone and there dog has heard at least one ” i got abducted by aliens!” tale in their life, if i hasn’t happened yet if will soon. Alien Abductions can sound funny, but most of the time if you actually listen to the stories whether or not the people were ‘actually’ abducted or not they experienced something traumatizing. Anyone who does paranormal research based around Aliens and UFO’s has heard of the Betty and Barney Hill case and how it was the first case in which the victims were able to describe their abductors, who would later become known as the Greys. With all the supposed abductions cases and reports, one has to ask why do they, after traveling all that way, come here just to poke around in someone? what is the purpose for it all?

According to many theorists, extraterrestrial life has come to earth over the millennia to influence multiple aspects of human civilization and culture such as technology, religions, and various other areas. The most prominent example of technology is found in Hindu scriptures as well as in some of the books in the Judeo-Christian faiths. It is believed that several religions were created based upon the visitation of alien races, some of these are Scientology, Raelism, and Heavens gate. It is also believed that structures such as the Pyramids and Stonehenge were built as megalithic structures either as means of spiritual communication or as sites for landing.