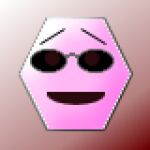 I have spent my life pursuing the existence of extraterrestrials. From a young age I would immerse myself in local libraries absorbing as much information on the possibility that we had been visited by another species, the thought of it inspired me to pursue it through my adult life. I realised after a period of time that my answer lay in the realms of science and I studied the aspects of science and extraterrestrials. Later in life I had my first experience with a ghost in my home I recently moved into . It scared me at first and I remember waking up the next morning compelled to recreate what had happened. I tried to debunk what I saw and to no avail I couldn’t. I began a journey to find what out what happened to me and to prove what I seen was real. I still pursue this amongst a lot of other things that exist beyond the realms of my understanding. I use science and technology, I think skeptical and critically because I always believe if you approach research and investigate as a skeptic you will find the truth.

Greece is a country in South Eastern Europe (Known in ancient times as Hellas) . The Greek population is around 10.8 million and the capital city is Athens.

The Haunted Houses of Athens.

Over several areas of the city is said to be a hotbed of paranormal activity with various houses in the Greek capital has had several witness accounts of strange activity.

The Tower Of Dreams has been abandoned for a long time is said to be visited by the previous owner who was said to an ambitious and greedy man (a type of Greek Scrooge). Witnesses have reported hearing a man screaming “IT IS MY HOUSE”.

The House Of The Disinherited Sisters. This was the home of 3 spinsters, people have reported seeing apparitions of these women around the house and sometimes seen looking out the windows.

On of the locations I found the most intriguing is “The Villa Kazouli”. This house was used in the 2nd world war by the Germans to torture Greek soldiers and in an excavation, 12 bodies were unearthed in the garden. Eyewitness accounts have heard screams coming from the house as well as seeing shadow figures moving around the area.
Historically Greece has been a hotbed of UFO activity, most notable was an encounter a pilot on flight 266 from Athens to London in 2008. The pilot reported seeing a bright object in sky, the object was noted to be changing its position several times and was only reported by the pilot to the control because he was concerned the object was going to collide with the plane. After the flight left the airspace, the control tower continued to monitor the object ( it was reported it could be seen by the naked eye). The Greek air force were also monitoring the object and launched 2 f-16 jets to intercept the object while they continued to monitor it from their control tower. It transpired that the f-16s couldn’t track the object and returned with no further information. The Greek national news channel broadcast the radio conversation between the pilot and the control tower a month later.

A recent photograph of a strange sea creature was photographed off the coast of Corfu by Scotsman Harvey Robertson while he took in a boat trip while on holiday on the Greek Island. The photo was analysed Loren Coleman director if the “International Crypto Museum” said it could be a configuration a type of behavioural restructuring of the bodyform of a mundane species like a squid for example, not usually seen.

The Eleusinian is probably the most famous ancient mysteries and occults in Greece. The cult/religion was celebrated in the city of Eleusis to honour Ceres and Persepne.

The people of the Eleusinian School were famous throughout Greece for their beauty and their high standards of morality. The rites if Eleusis were divided into 2 categories, the lesser and the greater mysteries. The lesser were celebrated in the spring in the town of Agrae and the greater in the autumn at Eleusis or Athens. Women and children were admitted to the Eleusinian Mysteries, and at one time there were literally thousands of initiates. Because this vast host was not prepared for the highest spiritual and mystical doctrines, a division necessarily took place within the society itself. The higher teachings were given to only a limited number of initiates who, because of superior mentality, showed a comprehensive grasp of their underlying philosophical concepts. Socrates refused to be initiated into the Eleusinian Mysteries, for knowing its principles without being a member of the order he realized that membership would seal his tongue. That the Mysteries of Eleusis were based upon great and eternal truths is attested by the veneration in which they were held by the great minds of the ancient world. M. Ouvaroff asks, “Would Pindar, Plato, Cicero, Epictetus, have spoken of them with such admiration, if the hierophant had satisfied himself with loudly proclaiming his own opinions, or those of his order?”

The garments in which candidates were initiated were preserved for many years and were believed to possess almost sacred properties. Just as the soul can have no covering save wisdom and virtue, so the candidates–being as yet without true knowledge–were presented to the Mysteries unclothed, being first: given the skin of an animal and later a consecrated robe to symbolize the philosophical teachings received by the initiate. During the course of initiation the candidate.

Crichton Castle stands in a secluded rural setting overlooking the River Tyne. It was constructed in several distinct phases over a 200 year period. The earliest part is a tower house built by John de Crichton at the end of the 14th century. It was three stories high with a vaulted basement that contained a kitchen and pit-prison with a hall and private chambers above. The top story was removed in a later remodeling of the castle.

In the mid 15th century, William Crichton, a powerful man who held the office of Chancellor, developed the castle into a residence more suitable for a man of his high standing. He incorporated the tower house into a range of buildings around a square courtyard. William spent most of his life in conflict with the Black Douglases and played his part in the infamous ‘Black Dinner’ in Edinburgh Castle at which the Sixth Earl of Douglas and his brother were lured to their death. In 1444, Sir John Forrester of Corstorphine, one of the Earl of Douglas’s aides, marched on Crichton and destroyed the castle.

In 1484 the estates and offices of the Crichton family were forfeited after the third Lord Crichton was implicated in a conspiracy against the king. The estate of Crichton was bestowed upon Sir John Ramsey of Bothw

ell, later made Lord Bothwell and Treasurer of Scotland. He fled to England after the defeat of his king at the battle of Sauchieburn in 1488. The now vacant Lordships of Crichton and Bothwell were combined to create the Earldom of Bothwell that was first granted to Sir Patrick Hepburn.

Myself and my team investigated this location a couple of years ago, we didn’t find anything really to report apart from a member of the team getting a stone thrown at them when they were walking round the perimeter of the castle. We tried to work out how it naturally happened but to this date, we can’t explain.
Greig.

(All pictures were taken during the day when looking over the location by the team).

When the castle was destroyed and re-built in the early 14th century, this legendary lower chamber was the only feature retained. The village of Bothans was located on the grounds of the Yester estate in this period. Bothans was razed and moved to the modern site of the nearby village of Gifford in the 17th century. St. Bothans, the church of Yester, was consecrated by Bishop David de Burnham in 1241.
Later on in years the Giffard family moved to Yester house and the castle was sadly left to ruin and to this day lies In a derelict state. Unfortunately all that is left is a very small part of the castle including (allegedly) the great hall or goblin hall.
People have reported in the past of strange goings on in the castle from voices , black masses and full bodied apparitions. When you

walk around the area there is a strange eerie feeling to the place and accessing the area is a hike through a golf course and woodland. I have investigated the place with my team on several occasions with mixed results. I have spoken to locals several times about the area and some people will not go near the place as the fear there is a curse ( due to renovations at the castle and several accidents with workers causing the renovations to be ceased).
My own personal experiences have included a black mass standing in front of me and several intelligent responses to questions.
Even today when I visit the place, there is evidence of black magic being practiced there as well as paranormal investigations
Have a look on YouTube , there is some interesting videos about the place.
Greig.