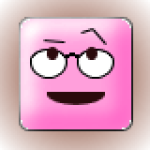 I was born in Denver, Colorado. I only lived there until I was four. I next lived in Boise, ID and after that, Edmonds, WA. I graduated from Edmonds High School and went on to Everett Community College where I studied Theatre. I have been married for 36 years and have three grown children and a granddog, who is also grown. I have had several jobs in my life due to moving around for my husband's job, including: Trade Administrator for a barter type company, selling newspaper advertising for the local newspaper and I taught Theatre to high school kids. I love The Eagles, and I also love to read, play cards and the paranormal. I'd like to go on an investigation sometime. For now? I'm content to soak up as much as I can from NPS.

Approximately 2,100 years ago, a massive ship was caught in a storm off the coast of the Greek island of Antikythera. The ship was heavily laden with fabulous Greek treasures of bronze figurines, bronze coins, fine glassware, amphorae, marble statues, silver coins and more.

Fast forward to early 1900 AD. A group of sponge divers were caught in a storm and sought refuge near an island off the coast of the Greek island of Antikythera. There the sponge divers dove into the waters and discovered a shipwreck that contained extraordinary treasure. Among all of these beautiful things was what turned out to be one of the greatest treasures of all: The Antikythera Mechanism. This mechanism has been hailed as the first computer ever devised. It was also used as a celestial calendar, predicting lunar and solar eclipses and providing astrological forecasts. There was a ball of silver and black for the tracking of the moon phases.

Throughout the time after this discovery, many scientists, including Jacques Cousteau (in 1976) were instrumental in retrieving many more artifacts from the shipwreck. But The Antikythera Mechanism itself, was considered the best of the find. It’s remains were found in one lump, looking much like a piece of rock, (later it was divided into three parts, now separated into 82 carefully catalogued pieces). It took modern scientists many years to be able to see inside the artifact due to the fragileness of the pieces. It wasn’t until 2006 when The Antikythera Mechanism was given a computed tomography scan, revealing more of what was hidden inside.

This shoebox sized artifact contained a very complex system of 30 intricate bronze gear wheels used to run a system that displayed the date, positions of the sun and the moon, the positions of the zodiac, lunar phases, a 19-year calendar and a 223-month eclipse prediction dial. The timing for the artifact was set to begin in the year 205 BC. The Ancient Greeks used complex arrangements of precisely cut wheels, with precisely cut triangular teeth ( just like the gears inside of a clock) and a ring divided into degrees (like a protractor). The calendar represented a 360 day year, divided into12 months of 30 days each, plus a five day period which corresponded with the Greek-Egyptian calendar. Like a clock, the housing of this artifact would have a large circular face with rotating hands. Located on the side there would have been a knob for winding the mechanism forward or backward. As this handle was turned, gear wheels drove at least seven hands at various speeds. Instead of hours and minutes, it registered celestial time. Unfortunately, most of the seven hands have never been recovered.

Researchers have found there were once dials present, as well as decorative, but functional pieces (now long gone) as noted in inscriptions found inside the mechanism. This also tells us they carried colored balls: fiery red for Mars and gold for the sun. The dial that represented the zodiac is a 360 degree dial divided into the 12 signs of the zodiac. The planetary dials listed the five planets that were visible to the naked eye at that time: Mercury, Venus, Mars, Jupiter and Saturn. The Antikythera Mechanism made astronomical predictions as well and, even predicted when the next Olyimpad would take place.

How did the Ancient Greeks have the necessary technical skills to create such an intricate mechanism? The doubters felt there was no way civilization could have come far enough to create something like this mechanism. There are plenty of researchers that say modern science does not give our ancestors enough credit. New analysis of the Antikythera Mechanism shows the 30 precise, hand-cut bronze gears to be more advanced than previously thought. So much so, that making anything comparable to the Antikythera Mechanism would take another 1,000 years.

There are many supernatural beings in Buddhist literature. Many are referred to as demons. Demons serve many purposes in Buddhism which gives us a different aspect of how they affected Buddha and his struggles to reach enlightenment. Demons represent everything a Buddhist wishes to transcend.

Ancient artworks depict vivid and ominous images. These likenesses have been found in long abandoned caves in the Himalayas; beautiful murals on their walls. Colorful paintings, sculptures and ceremonial ritual objects that are found in museums. All attest to the Buddha’s confrontations with demons.

The Wrathful Deities – are ferocious demonic beings. Terrifying forms, many of them baring fangs, drinking blood or wearing garlands of severed heads. Though these hideous, hair-raising images seem contradictory to Buddhist ideals, they are not the personifications of evil or demonic forces. Rather, the Wrathful Deities are benevolent gods, symbolizing the tremendous task to vanquish evil. These beings inspire determination, destroys negativity and ignorance and instills fear in the enemy. These deities are an embodiment of the “Demonic Divine” and serve as protectors and guardians of the Buddhist faith.

Oni – the Oni are great horned demons who appear in a variety of colors. They have three fingers and three toes. Oni is represented as having enormous, thick, misshaped bodies often having the head of an oxen or horse. Sometimes they can be found with three eyes, as well. This demon is a torturer and jailer in the Buddhist hell. Oni is responsible for illness and disease. Buddhist priests performed annual rituals in order to keep the demons at bay. The Oni are cruel and lecherous entities often said to swoop down from the sky to steal the souls of those who lay dying.

Preta – the Sanskrit word for Hungry Ghost is “Preta”, which means “departed one”. Hungry

Ghosts are pitiful creatures with enormous empty bellies and pinhole mouths. Their necks are so thin they cannot swallow, so remain hungry. These beings are insatiable; the greedy ones, trapped in agony. The Preta are reborn entities or spirits that are trapped by the evil deeds they have done. Hungry Ghosts are associated with compulsion, greed, addiction and obsession. Preta Hell

Mara – the personification of evil and temptation. Mara is one of the earliest non-human beings to appear in Buddhist scriptures. Mara is a demon, often referred to as the “Lord of Death”. Mara personifies the fulfillment of desire of the “Triple Thirst”; the thirst for existence, the thirst for pleasure, the thirst for power.

Mara’s role in Buddha’s path to enlightenment is significant. The soon-to-be Buddha, Siddhartha Gautama sat in meditation. Mara, the demon of evil and temptation; the seducer; the provider of sensory pleasures; the master of delusions and bringer of spiritual death brought his three daughters, Desire, Fulfillment and Regret to seduce Siddhartha. Siddhartha remained in meditation. Then Mara called upon his army of demons and monsters to attack him. Yet Siddhartha remained untouched.

Finally, the Lord of Death claimed that enlightenment seat rightfully belonged to him and not to the mortal Siddhartha. Mara’s horde of demons cried out together, “I am his witness!” Then Mara challenged Siddhartha, “Who will speak for you?”

Then Siddhartha placed his right hand on the earth, and the earth spoke, “I bear you witness!” With that, Mara disappeared. As the morning sun broke the horizon, Siddhartha Gautama realized enlightenment and became the Buddha.

In contrast to western representations, the demons of Asia are primarily the powerful ancient spirits of nature, who require recognition and appeasement. Many offerings are set out to this day to placate these demons.