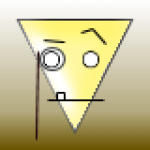 Was born in Portland, OR in 1977. Moved to Laramie, Wyoming until six years old and then moved to Hot Springs, Arkansas until I got out of high school.Have been interested in the paranormal since I learned to use a card catalog. My first library book was about ghosts. Have always been drawn to the paranormal and occult. At about age 14, I decided to start putting what I had learned from witchcraft books to use in the paranormal. Started investigating graveyards and exploring abandoned buildings. As I met more people in the paranormal I started to learn about EVP and started getting into the tech modern investigators use.I have not investigated any of the more famous haunts unless you count Ft. Knox, ME or what was once known as The Poet’s Loft in Hot Springs, the latter used to be a hangout of mine.Currently I am an unemployed chef seeking employment due to binary pulmonary embolism I had about 6 months ago and doing landscaping work until then. That’s about all I can think to say. Let me know if I need to include anything? Thank you.

There seems to be a lot of controversy about UFOs shot by NASA cameras in space. Some are questionable.. Some not so much.

As some of you already may know, “orbs” caught on camera during a lot of investigations are caused mostly by particles in the air, environmental contamination, near the camera lense. These particles which are usually dust or moisture captured close to the lense are out of focus and can appear to be far away when they are not.

Some footage recently came to our attention during a NASA tether project where they released a satellite attached to a tether from a space shuttle. A lot of people speculate that there were UFOs captured during this. One even appears to go behind the tether.

What is seen in the footage and photos from NASA do not appear any differently from orbs captured in paranormal investigations. What is seen here seems to be the same situation. NASA’s explanation for the footage is small ice crystals near the camera. I have to agree but you can judge for yourself.

Discussion on columns of light.

Today we would like to discuss the photos you have seen circulating around the internet that are alleged to be columns of light in the sky.

Very commonly, cell phone cameras have rolling shutters. When photo is snapped with a rolling shutter it scans whatever you are photographing one column at a time at a very high speed. When one happens to take a photo while lightning strikes, lighting up the sky, the shutter captures that split second in a column giving the photo the appearance that there is a column of light.

Lightning isn’t always responsible for these pillar like artifacts in photos. Sometimes this can occur with the camera flash or other camera flashes in settings where multiple people are taking photos. You probably have noticed several people arguing that the pillar of light is coming out of a cloud or out of a pyramid. This occurs when the flash of light is behind the object in question. As you can see in the photographs below this effect can be easily recreated.

Rolling shutters are also responsible for a lot of photos you may see with partial motion blur as well as the panorama is captured in columns.

I would like to discuss photographing through or towards reflective surfaces. Several times I have been asked to go over photos where people think they might have captured something but it is just a person or object that is in the room reflecting off the glass. This morning i snapped a couple of examples and posted below.

Another thing that you see a lot of is photos taken outside a house with tree leaves or branches reflecting off the windows being matrixed by the brain to look like a person or a face. Unfortunately i live in the desert and could not get any good examples of this.

One other example I couldn’t quite capture is photos taken from reflective surfaces or materials with a flash. This will often cause the light to refract off the reflective surface back onto the lens causing lens flare.

The Topcon RE Super, or Beseler Topcon Super D in USA, was launched by Tokyo Kogaku KK in 1963 and manufactured until 1971, at which point it was upgraded to the Super D and again to Super DM the following year. General sale continued for several years. These later models have a shutter release lock lever on the shutter release collar. It is a professional oriented 35mm SLR camera that had a comprehensive range of accessories available. It has a removable pentaprism finder and focusing screen. It features the Exakta bayonet lens mount for interchangeable lenses. A special accessory shoe is situated at the base of the rewind knob with a standard PC sync. contact next to it. The release button is placed at the right-hand camera front, but it lacks a mirror-up facility. This was included on the upgraded versions. The standard lens is the RE. Auto-Topcor 1:1.4 f=5.8cm or the slightly slower 1:1.8 version. A battery-operated winder to be attached to the camera base was made available.

Some common features of 35mm SLR photography were first seen on the Topcon RE Super. Among these is the through-the-lens exposure metering. This enabled improved exposure accuracy, especially in close-up macro photography using bellows or extension rings, and in telephotography with long lenses. In addition to this feature, the metering is at full aperture. For this purpose the RE-lensese have an aperture simulator that relays the preset aperture to the exposure meter at full aperture, retaining a bright viewfinder image while determining the correct exposure, avoiding the stop-down method. The meter also works independently of the pentaprism finder, which allows for different viewfinder configurations. The meter cell is actually incorporated in the camera’s reflex finder mirror. This was accomplished by milling narrow slits in the mirror surface letting a fraction of the light through to the CdS cell placed just behind it.

The Contax N Digital was a six-megapixel digital SLR camera produced by Contax in Japan. The camera was announced in late 2000, and began to be sold in spring 2002, after several delays. The camera received mixed reviews from the press, and was withdrawn from the market within a year of its introduction.

It was noteworthy for being the first full-frame digital SLR, with an imaging chip the full size of a 135 film frame. All previous digital SLRs had a smaller sensor, giving a cropped view. The imaging sensor was a Philips FTF3020-C, which had previously been used in the Jenoptik Eyelike medium format digital back. Pentax also planned to use the sensor in a full-frame digital SLR, the Pentax MZ-D, but abandoned work on the prototype in late 2001. The sensor featured ISO settings as low as ISO 25, but the reviews noted that it had a relatively high noise level above ISO 100. The next full-frame digital SLRs were the Canon EOS-1Ds of late 2002, followed by Kodak’s DCS Pro 14n in 2003. Nikon and Sony introduced full-frame models in 2007 and 2008 respectively.

The N Digital was based on the short-lived Contax N range of 35mm film SLRs, and used the Contax N-mount lens system. Nine lenses were produced for this mount, by Carl Zeiss. There were three Contax N-Mount cameras – two 35mm film SLR bodies, plus the N Digital – all of which are now discontinued.

The EOS D30 was announced, as the first digital SLR designed and produced entirely by Canon. Since 2005, all newly announced EOS cameras have used digital image sensors rather than film. The EOS line is still in production as Canon’s current digital SLR (DSLR) range, and, with the 2012 introduction of the Canon EOS M, Canon’s mirrorless interchangeable-lens camera (MILC) system.

The acronym “EOS” was chosen for Eos, the Titan goddess of the dawn in Greek mythology, and is often pronounced as a word, although some spell out the letters, reading it as an initialism.