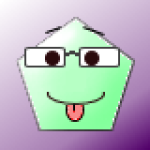 Hi everyone! My name is Jericho Ibanez you can call me Jeric, I’m from the Philippines. Since I was a child I had vast experience into the world of paranormal and the one that most intriguing by having a dream that when I found-out later on a situation or events happened was related one of my dreams. That’s why I study psychology, parapsychology, metaphysics and other related fields to understand most the hidden powers of the mind.I also a finished various certification courses such as in Paranormal Investigation, Clinical Hypnotherapy (Past Life Regression), Practitioner in Neuro-Linguistic Programming, Career Life Coaching and a Certified Reiki Master. I am also a degree holder in Psychology, an ordained minister with an honorary degree in Doctor of Divinity, and a Doctor of Philosophy Specializing in Metaphysical Science.My advocates is to disseminate and value the importance application of Parapsychology and Metaphysical Science for the holistic development of an individual, from basic to higher degree that can be useful in various areas of our lives. And to accept and understand of being sensitive into the psychic world by through this basic formula that transcribe into my simple quotes: “The existence of our inner sense, is the dissect revelation of our own universe…”

An Aswang (or Asuwang) is a vampire-like witch ghoul in Filipino folklore and is the subject of a wide variety of myths and stories. Spanish colonists noted that the Aswang was the most feared among the mythical creatures of the Philippines, even in the 16th century. The myth of the aswang is well known throughout the Philippines, except in the Ilocos region, which is the only region that does not have an equivalent myth. It is especially popular in the Western Visayan regions such as Capiz, Iloilo, Negros, Bohol, Masbate, Aklan, Antique and Siquijor. Other regional names for the aswang include “tik-tik”, “wak-wak” and “sok-sok”.

The wide variety of descriptions in the aswang stories makes it difficult to settle upon a fixed definition of aswang appearances or activities. However, several common themes that differentiate aswangs from other mythological creatures do emerge: Aswangs are shape-shifters. Stories recount aswangs living as regular townspeople. As regular townspeople, they are quiet, shy and elusive. At night, they transform into creatures such as a cat, bat, bird, boar or most often, a dog.

They enjoy eating unborn fetuses and small children, favoring livers and hearts. Some have long proboscises, which they use to suck the children out of their mothers’ wombs when they are sleeping or their homes. Some are so thin that they can hide themselves behind a bamboo post. They are fast and silent. Some also make noises, like the Tik-Tik, (the name was derived from the sound it produces) which are louder the farther away the aswang is, to confuse its potential victim; and the Bubuu, an aggressive kind of aswang that makes a sound of a laying hen at midnight. They may also replace their live victims or stolen cadavers with doppelgangers made from tree trunks or other plant materials. This facsimile will return to the victim’s home, only to become sick and die. An aswang will also have bloodshot eyes, the result of staying up all night searching for houses where wakes are held to steal the bodies.

Aswangs are physically much more like humans at daytime; they only change their appearance at night when they feel they are in need of food. It has been said that if an aswang married a human, upon their wedding, his or her mate would become an aswang as well but rarely can they reproduce. The couple may hunt together at night but will go in separate directions, either to avoid detection or because they do not like to share their meal.