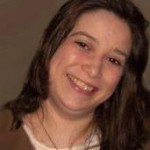 The best documented cases of skinwalkers are the Navajo, which literally means “he gets on all fours.” They used to wear a pelt of the animal they wished to shape shift into, but that ancient practice faded as the pelts could be sued to identify who the skinwalkers were. (http://en.wikipedia.org/wiki/Skin-walker)

In 1978, Frances T. and her family had a brush with skinwalkers while driving through Navajo land in Arizona. Twenty miles away from the nearest town, they were driving alone on a dark country road. They went around a bend and saw a creature shapes like a man and wearing men’s clothes, but otherwise he was hairy and didn’t look like a man. Everyone in the family saw it. A couple nights later, the younger two family members saw the skinwalkers again; they were trying to hop over the family’s back fence but couldn’t quite get their legs up high enough to make the hop. When a Navajo friend was approached about the strange sightings and experiences, the family was told the skinwalkers risked exposing themselves to get close enough to the family to steal their power. The Najavo Native then blessed them family, and they haven’t had any skinwalker experiences since. (http://paranormal.about.com/od/othercreatures/a/aa061801.htm)

In Navajo beliefs, skinwalkers are witches who can take the form of any animal they wish. They are said to be powerful enough to mind control their victims to suicide if desired, are fast enough to run faster than a car, and can even jump off a mesa cliff with very little effort. While not all Navajo witches are skinwalkers, all skinwalkers are witches. Horrible crimes have been pinned on skinwalkers from murder to necrophilia to grace robbing to making people ill. To gain initiation as a skinwalker, one might even turn on their own human family and kill a sibling. (http://www.rense.com/general77/skin.htm)

To learn more about Navajo folklore and beliefs pertaining to skinwalkers, visit http://www.navajolegends.org/navajo-skinwalker-legend.

People get fascinated with unknown creatures that we catch a glimpse of but otherwise remain just beyond our reach. Scientists won’t recognize these animals until they get the chance to examine an actual body, dead or alive, so the animals we’ve only experienced via short videos and photos get classified under cryptozoology.Out of the recognized cryptids, lake monsters and lake serpents have the richest and longest history. I’d like to introduce one such lake monster to you today: Selma.

Selma is believed to be 30 to 45 feet full grown, which makes her a small lake monster. She can be found in Seljordsvatent Lake in Seljord, Telemark, Norway. “Lake Sel” is 12 miles long and 15 miles wide.

It used to be thought that sea serpents were giant seals with long necks or dinosaurs that escaped extinction. Now it’s believed that sea monsters could be Zeuglodons, which is a type of whale with a unique look that is thought to be extinct by mainstream science.

Eye witness accounts of Selma started as early as the 1750s, and over 500 eye witness accounts have been recorded since. Jan Sundberg has seen Selma many times, and he was working with a giant trap to attempt to catch her so DNA and tissue samples could be extracted, and then she could be released with as little stressed caused to her as possible.

This is a video capture od what is thought to be Selma: http://nyhederne.tv2.dk/article.php/id-52205923:sagnomspundet-s%C3%B8uhyre-filmet-i-norge.html

Want to see more lake monsters cryptozoologists are following around the world? https://www.youtube.com/watch?v=xI_cZlYK1uc#t=116