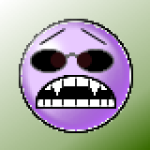 The word poltergeist comes from the German words “noisy spirits”, although poltergeists are not actual spirits. Poltergeist activity centers around an individual and is believed to be caused by the sub-conscious mind of that individual. It is in effect the sub-conscious release of psychic energy that are triggered when the individual is under extreme emotional, psychological or/ and physical stress.

Some signs of poltergeist activity:

Now let’s take a look of some sign of demonic infestation:

As you can see there are many similarities between a poltergeist haunting and demonic infestation. On the other hand, there are many differences also. In a poltergeist haunting apparitions are never seen, but in cases of demonic infestation many have reported seeing apparitions of creatures and of shadow-men. Poltergeist simply cause chaos and there is no strategy or pattern to the chaos that they cause. Demons however, always have a plan, a strategy and always have an end result in mind.