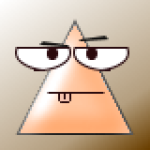 In 2007 Will left a career in Law Enforcement and quickly found Paranormal Investigations as an avenue to apply learned investigative skill-sets. Co Founding Volunteer Paranormal Investigations of Tennessee he began repeated investigations to some of America’s alleged “Most Haunted” venues and continues to do so with HITD www.hunterinthedarkness.com . Will has experience in Crime/Death Scene processing, numerous State & Federal Interview and Methodical Behavioral courses and currently is a licensed Private Investigator. He’s guest lectured at TALA, penned an article for TAPSPARAMAG and been consulted on two Paranormal books.Despite over a decade of real world Investigative experience Will continues the mindset he is merely a student of the Paranormal and never more.

As we continue our article series on sharing our mistakes, this month we tackle one that is herculean; paranormal team networking. For some reason, there is a general distrust between many paranormal teams. The majority of this distrust is likely associated with the lack of accepted standards. Everyone seems convinced their way is best and everyone else’s take is completely wrong. While NPS Project Endeavor is attempting to establish some base standards there are still times when teams find themselves working along another and while both can have good intentions, the result can be less than satisfying for one or both.

In 2011 we scheduled a trip to Bobby Mackey’s with our sister group from St. Louis. When they had to bow out we found ourselves looking at an increased cost per person to continue with our scheduled investigation. So, when our sister group suggested a stand in Team we were thrilled. They were promptly on time, courteous, paid their share of the costs and generally were nice folks (I’m still friends with them today) but their style and manner was completely different from our own. While we generally had a good investigation there were some complaints on my Team.

We encourage working with different paranormal teams. It gives our team members a chance to observe different techniques and tips for investigating.

The mistake: While we had discussed some basics on the multi team investigation we did not fully explore the preferred Investigative techniques taken by each team. While this can be a minor inconvenience in some large haunts (like a Waverly Hills or Trans Allegheny) it can be compounded in a small haunt location. The major complaint was a shutterbug on the other team that took (probably) 500 flash pictures over the entire nights investigation. While I have no displeasure in how anyone runs their own investigation it was difficult for members of my team to ever develop any night vision with popping flashes every couple of minutes. We preferred more darkness with natural night vision setting in after 15 minutes to grow accustomed to the absence of light. They preferred documenting with hundreds of pictures of flash photography. Who’s to say what’s right or wrong, but probably not a good mix of techniques in a limited space.

Our solution: Now, when we consider working with another group we always come back to this investigation and use it as an example of the subtle yet meaningful differences that teams can have with their techniques. We specifically spell out what we expect and things we don’t accept. First and foremost, we don’t take other teams on private/residential investigations unless they agree to the same criminal background check we run on our own team members (Would you like to be working with Registered Sex Offender? Or allow them into a client’s house under your team name?) For paid for haunts in larger venues, which is where we tend to work with other teams the most, we coordinate a Team Lead on each side to hear, respond and resolve any complaints or differences. Ultimate decision making is left to the Team that placed the original deposit down on the investigation. This has been a tried and trusted method for us and we’ve had no differences that couldn’t be mediated to everyone’s satisfaction within 2-3 minutes

Are there ever times when 1 or 2 of our members work with another team? Absolutely, in fact we encourage working with different paranormal teams. It gives our team members a chance to observe different techniques and tips for investigating. Even if someone returns from working with another team with a “don’t do it this way scenario” it’s still extremely helpful in redefining our own protocols. One of the best things, is it allows our team members to make those connections with others who have that same innate desire to learn more, teach and refine their own craft. In most cases, people from those teams will then tag along on one of our investigations, sharing and learning best practices. This act is the real benefit of networking and is the core purpose whether in the workplace or paranormal field.

Unfortunately, tagging along with a less than refutable team can be troublesome, especially for new investigators. Recently, I was contacted by a “newbie” who went along with a group to a nearby paid for haunted venue (one I’ve been to on a couple of occasions) who had a less than satisfactory evening. Allegedly, when the investigator became uncomfortable and felt spiritually attacked the leader of the Team (who held the key) would not let the investigator leave the premises. Later, the Team lead polled the team members to see if they could bring alcohol for the remainder of the investigation. The tag a long investigator felt very uncomfortable and has since ceased any connection with that particular team. These types of encounters are rare but they do happen. If you’re looking for a team to tag along with then be sure and ask around for a respectable group that has professional integrity and established protocols. If you’re reading this article and looking for a group consider asking a NPS Rep for a suggested group in your area.

Remember, anytime groups work together you have the potential for great rewards with the sharing of the work load, costs and skillsets. While there are occasional missteps and horror stories, most combined investigations can be real training assets if you take the time to explore your similarities and differences beforehand. Strong leadership on both sides and a willingness to work together are all it takes.

Quite often, and especially in the paranormal field, we tend to tout our achievements and beat on our chests, “Look where we’re going! Guess what we caught?” It’s a common theme, just check out the NPS Facebook posts with proud investigators displaying their “proof” on a daily basis. These acts are just as common in the workplace as everyone has degrees and achievements plastered up on their wall (I’m a guilty one) or reveling in their latest project’s success. While there is some natural tendency to proclaim ones achievements perhaps it’s time to start taking a different approach with the paranormal. Instead of proclaiming our accolades let’s start sharing our mistakes! This is something I started doing years ago while working in Law Enforcement and discovered it’s a much better learning tool than a classroom environment with someone proclaiming to be a teacher. Most people assimilate, accept and remember someone else’s mistakes with detail and even more so if it is from a friend or equal peer.

So, my upcoming monthly articles will detail some of my biggest mistakes. Hopefully, if you’re reading this you can avoid the pitfalls I stumbled into. This month, I’m going to start with Audio Recorders.

In March of 2009 we were visiting Waverly Hills for the first time and found a quiet section on the second floor for some EVP work. My team co-founder David staked out the North end of the Children’s Auditorium with me on the South end with about 80 feet between us. Each of us had our own audio recorder nearby and it was during this time frame when we caught our best EVP of the night proclaiming “We are here!” When we discovered this EVP we were floored with the sound level, clarity and response to a direst question: Can you give us a sign of your presence?

The mistake: only having one Audio Recorder for each investigator in an oversized room and not syncing the audio recorders at the same time. Instead of “we are here!” It was actually David’s voice from the far side of the room stating “let me grab a chair” on our 2nd audio recorder. Is it possible David’s words could have been manipulated for a different response captured on my audio recorder 80 ft. away? Absolutely! But without a third Audio recorder there was not another source of data to compare and, it took quite a while sifting through the second audio recorder to find that statement for comparison.

Our solution: At this time, my group has agreed to several small requirements for Audio Recording at an investigation site. First, every member present is required to have at least one audio recorder for the duration of the investigation. Second, all Audio recorders are sync’d at the beginning of the investigation and we let them run for the entire investigation, even during breaks and down time. What’s the benefit? Every Audio Recorder has the exact same time. This allows any evidence review to quickly locate a suspected EVP on another’s audio recorder for reclassification, confirmation or even triangulation of where the voice originated from. Also, by leaving the Audio Recorders on and never turning those off you are ALWAYS collecting evidence. It’s amazing how many EVP’s we have found during break time on an investigation and on some cases they are the best EVP’s of the day. If you’re on the property, let the audio keep recording! After all your Audio Recorders (with the same Time) are worked through for evidence collection over lay these Audio logs. Not only will you be able to account for every investigator’s location (which is extremely helpful if you’re running multiple teams in a large haunt venue like Waverly hills) but you’ll be able to trend hot spots and compare EVP’s. If you’d like more info check the Resources Tab for the Documentation Spreadsheet. Finally, once we’re done reviewing, comparing and reclassifying possible evidence we’ll ask a team member who did not participate in the investigation to review the summarized evidence for a clear perspective. They can cue up and review all audio logs for comparison and weigh in on the possible evidence collected from the investigation.

Now, one of the best things about a mistake is discovering a way not to repeat it. While you may avoid the same pitfall your (or in this case my) solution still may not be the best. Recognize there is always a better way to do something. If someone has a better idea or evolved a similar yet superior solution always explore and refine your own. Remember, if we don’t continue to change with the times we become extinct. Then someone might be trying to coax an EVP out of you….