Demonology from a Christian Based Perspective

What is demonology and what is the Christian perspective on demons and their activity? Demonology is essentially the study of demons and their activity. Demons are fallen angels that harbor a great hatred for humanity. They have never been human and never will be. They are fallen angels that decided to join Lucifer in his rebellion against God. Lucifer (along with 1/3 of the Heavens Host) was defeated by St. Michael and cast to the earth with all the angels that followed him. They roam the earth seeking souls to ruin and St. Peter warns us to be on guard against them.

They have many abilities and powers that we humans do not have. However through the grace of Jesus Christ we can cast them out. Demons have free will (having been created as angels) and are very old. They are immortal beings that do not die, get sick, or grow old like we humans. However they are limited in that they are not on God’s level. They do not know all things nor are they capable of being everywhere at once like God is. They are created creatures and they can not surpass their Creator no matter how much they wish too.

Demons hate human beings for a few reasons. The first is that they hate us because God loves us. They desire to get back at God and so by leading souls to ruin they feel they are getting their vengeance. Second reason is that we are made in God’s image. Every time they see us, they are reminded of God and what they lost. They hate the image of God and wanted to destroy it, thus they vent this hatred on us since they can’t actually destroy God. Lastly, God’s love for us is unparalleled in all of His creation. God loved humanity so much that He sent His only begotten Son to die for the sins of mankind. God established a new covenant with mankind that freed us from the chains of eternal death and ushered us into everlasting life through Jesus Christ. No other creature can boast of such a thing because God offered this gift to mankind.

Demonologists are people who specialize in helping people in demonic situations. They are usually lay people who deal with infestation, oppression, and report possible possessions to Clergy. They are called by God to this ministry and Demonologist take such callings very seriously. They spend a lot of time studying demons and their activity as well as getting hands on experience by actually getting involved in cases.

Demons ultimately desire to lead souls to ruin. However we have protection through God. We can turn to our Clergy, Demonologist, Deliverance ministries, etc and receive spiritual help in the name of Jesus Christ. Demons may be powerful and immortal beings, but they are not greater then God and through Jesus Christ we can overcome the wiles of the enemy. Demons are masters of deceit and manipulation, they know all our weaknesses but through Jesus Christ we can find the strength to stand against their attacks. This is why it is so important to keep our faith in God strong at all times, as St. Peter cautions us to do.

“Be of sober spirit, be on the alert. Your adversary, the devil, prowls around like a roaring lion, seeking someone to devour. But resist him, firm in your faith, knowing that the same experiences of suffering are being accomplished by your brethren who are in the world.” (1 Peter 5:8-9) 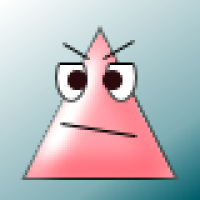