Swedenborg’s father, Jesper Swedberg (1653–1735), descended from a wealthy mining family. He travelled abroad and studied theology, and on returning home he was eloquent enough to impress the Swedish king, Charles XI, with his sermons in Stockholm. Through the King’s influence he would later become professor of theology at Uppsala University and Bishop of Skara.

Jesper took an interest in the beliefs of the dissenting Lutheran Pietist movement, which emphasised the virtues of communion with God rather than relying on sheer faith (sola fide). Sola fide is a tenet of the Lutheran Church, and Jesper was charged with being a pietist heretic. While controversial, the beliefs were to have a major impact on his son Emanuel’s spirituality. Jesper furthermore held the unconventional belief that angels and spirits were present in everyday life. This also came to have a strong impact on Emanuel.

In 1703-1709 Swedenborg lived in Erik Benzelius the younger’s house. Swedenborg completed his university course at Uppsala in 1709, and in 1710 made his grand tour through the Netherlands, France, and Germany, before reaching London, where he would spend the next four years. It was also a flourishing center of scientific ideas and discoveries. Swedenborg studied physics, mechanics and philosophy and read and wrote poetry. According to the preface of a book by the Swedish critic Olof Lagercrantz, Swedenborg wrote to his benefactor and brother-in-law Eric Benzelius that he believed he (Swedenborg) might be destined to be a great scientist.

Scientific period
In 1715 Swedenborg returned to Sweden, where he devoted himself to natural science and engineering projects for the next two decades. A first step was his meeting with King Charles XII of Sweden in the city of Lund, in 1716. The Swedish inventor Christopher Polhem, who became a close friend of Swedenborg, was also present. Swedenborg’s purpose was to persuade the king to fund an observatory in northern Sweden. However, the warlike king did not consider this project important enough, but did appoint Swedenborg assessor-extraordinary on the Swedish Board of Mines (Bergskollegium) in Stockholm.

From 1716 to 1718, Swedenborg published a scientific periodical entitled Daedalus Hyperboreus (“The Northern Daedalus”), a record of mechanical and mathematical inventions and discoveries.

One notable description was that of a flying machine, the same he had been sketching a few years earlier (see Flying Machine (Swedenborg)).

In 1718 Swedenborg published an article that attempted to explain spiritual and mental events in terms of minute vibrations or “tremulations”.

Upon the death of Charles XII, Queen Ulrika Eleonora ennobled Swedenborg and his siblings. It was common in Sweden during the 17th and 18th centuries for the children of bishops to receive this honour as a recognition of the services of their father. The family name was changed from Swedberg to Swedenborg.

In 1724, he was offered the chair of mathematics at Uppsala University, but he declined and said that he had mainly dealt with geometry, chemistry and metallurgy during his career. He also said that he did not have the gift of eloquent speech because of a stutter, as recognized by many acquaintances of his; it forced him to speak slowly and carefully, and there are no known occurrences of his speaking in public. The Swedish critic Olof Lagerkrantz proposed that Swedenborg compensated for his impediment by extensive argumentation in writing.

New direction of studies, ahead of his time
During the 1730s, Swedenborg undertook many studies of anatomy and physiology. He had the first anticipation, as far as known, of the neuron concept. It was not until a century later that science recognized the full significance of the nerve cell. He also had prescient ideas about the cerebral cortex, the hierarchical organization of the nervous system, the localization of the cerebrospinal fluid, the functions of the pituitary gland, the perivascular spaces, the foramen of Magendie, the idea of somatotopic organization, and the association of frontal brain regions with the intellect. In some cases his conclusions have been experimentally verified in modern times.

In the 1730s Swedenborg became increasingly interested in spiritual matters and was determined to find a theory which would explain how matter relates to spirit. Swedenborg’s desire to understand the order and purpose of creation first led him to investigate the structure of matter and the process of creation itself. In the Principia he outlined his philosophical method, which incorporated experience, geometry (the means whereby the inner order of the world can be known), and the power of reason. He also outlined his cosmology, which included the first presentation of his nebular hypothesis. (There is evidence that Swedenborg may have preceded Kant by as much as 20 years in the development of this hypothesis.

In 1735, while in Leipzig, he published a three volume work entitled Opera philosophica et mineralis (“Philosophical and mineralogical works”), where he tries to conjoin philosophy and metallurgy. The work was mainly appreciated for its chapters on the analysis of the smelting of iron and copper, and it was this work which gave Swedenborg international reputation.The same year he also published the small manuscript de Infinito (“On the Infinite”), where he attempted to explain how the finite is related to the infinite, and how the soul is connected to the body. This was the first manuscript where he touched upon these matters. He knew that it might clash with established theologies, since he presents the view that the soul is based on material substances. He also conducted dedicated studies of the fashionable philosophers of the time such as John Locke, Christian von Wolff, Leibniz, and Descartes; and earlier thinkers such as Plato, Aristotle, Plotinus and Augustine.

In 1743, at the age of 55, Swedenborg requested a leave of absence to go abroad. His purpose was to gather source material for Regnum animale (The Animal Kingdom, or Kingdom of Life), a subject on which books were not readily available in Sweden. The aim of the book was to explain the soul from an anatomical point of view. He had planned to produce a total of seventeen volumes.

Journal of Dreams
By 1744 Swedenborg had traveled to the Netherlands. Around this time he began having strange dreams. Swedenborg carried a travel journal with him on most of his travels, and did so on this journey. The whereabouts of the diary were long unknown, but it was discovered in the Royal Library in the 1850s and published in 1859 as Drömboken, or Journal of Dreams.

Swedenborg experienced many different dreams and visions, some greatly pleasurable, others highly disturbing. The experiences continued as he traveled to London to progress the publication of Regnum animale. This process, which one biographer has proposed as cathartic and comparable to the Catholic concept of Purgatory,[38] continued for six months. He also proposed that what Swedenborg was recording in his Journal of Dreams was a battle between the love of himself and the love of God.

Visions and spiritual insights
In the last entry of the journal from October 26–27, 1744, Swedenborg appears to be clear as to which path to follow. He felt he should drop his current project, and write a new book about the worship of God. He soon began working on De cultu et amore Dei, or The Worship and Love of God. It was never fully completed, but Swedenborg still had it published in London in June 1745.

In 1743, Swedenborg was dining in a private room at a tavern in London. By the end of the meal, a darkness fell upon his eyes, and the room shifted character. Suddenly he saw a person sitting at a corner of the room, telling Swedenborg: “Do not eat too much!”. Swedenborg, scared, hurried home. Later that night, the same man appeared in his dreams. The man told Swedenborg that He was the Lord, that He had appointed Swedenborg to reveal the spiritual meaning of the Bible, and that He would guide Swedenborg in what to write. The same night, the spiritual world was opened to Swedenborg.

Scriptural commentary and writings
In June 1747, Swedenborg resigned his post as assessor of the board of mines. He explained that he was obliged to complete a work he had begun and requested to receive half his salary as a pension. He took up afresh his study of Hebrew and began to work on the spiritual interpretation of the Bible with the goal of interpreting the spiritual meaning of every verse. From sometime between 1746 and 1747, and for ten years henceforth, he devoted his energy to this task. Usually abbreviated as Arcana Cœlestia and under the Latin variant Arcana Caelestia (translated as Heavenly Arcana, Heavenly Mysteries, or Secrets of Heaven depending on modern English-language editions), the book became his magnum opus and the basis of his further theological works.
The work was anonymous and Swedenborg was not identified as the author until the late 1750s. It consisted of eight volumes, published between 1749 and 1756. It attracted little attention, as few people could penetrate its meaning.

His life from 1747 until his death in 1772 was spent in Stockholm, Holland, and London. During these 25 years he wrote another 14 works of a spiritual nature of which most were published during his lifetime.  He was buried in the Swedish Church in Shadwell, London. On the 140th anniversary of his death, in 1912/1913, his earthly remains were transferred to Uppsala Cathedral in Sweden, where they now rest close to the grave of the botanist Carolus Linnaeus. In 1917, the Swedish Church in Shadwell was demolished and the Swedish community that had grown around the parish moved to West London. In 1938, the site of the former church where he had been buried in London was redeveloped, and in his honor the local road was renamed Swedenborg Gardens. In 1997, a garden, play area and memorial near the road were created in his memory. 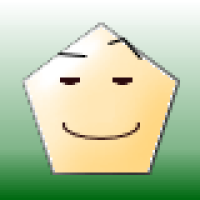