The town of Adams, Tennessee, located in Robertson County, is home to one of the South’s most well known hauntings. This spirit allegedly tormented a family in every way possible during the 19th Century. As quickly as the spirit came into the family’s lives, it left. The spirit is known as the Bell Witch, named after the family that it haunted.

John Bell, Sr. had carved out a nice farm in Adams, TN during the early 1800’s. During, 1817, the Bell family came under attack by unseen forces. It was believed that the source of the haunting was a witch and the witch was thought to be a woman whose name was Kate Batts. Kate was reportedly a mean neighbor that felt she had been cheated by John Bell in a land purchase. She swore that she would haunt both John Bell and all of his descendants.

There are also those that believe the haunting was nothing more than poltergeist activity because many of the reported happenings seemed to happen around the Bell daughter, Betsy. There are also accounts that relate that the haunting was even a male slave that Bell had killed. Although no one can bee 100% sure of just who the witch was, reports of the Bell family, neighbors and friends did lend credibility to the family experiencing something of a paranormal nature. However, no haunting was reported until after the death of Kate Batts. No one ever reported actually seeing the Bell Witch, but those that visited the family often heard her very well. One visitor explained her voice in this way….”spoke in a nerve-racking pitch when displeased, while at other times it sang and spoke in low musical tones.” For some reason, both John Bell, Sr. and his daughter, Betsy, seemed to be the main targets of the spirit. It basically seemed to pay no attention to other family members, although it seemed quite friendly with Mrs. Bell.

If it was the spirit of Kate Batts, she definitely let John and Betsy know of her particular displeasure with them. They reported having furniture and other items thrown at them. She poked them with needles, pulled their noses, jerked food from their mouths and yanked their hair. She even yelled at night to keep them from sleeping.

The story of the Bell Witch became so widely spread, that it is said to have reached the ears of Andrew Jackson in Nashville, TN. The tough general became determined to confront the Bell Witch. It’s been said that he had 2 courses of action in mind – to either rid the family of the spirit, or to prove that it was nothing more than a hoax.

General Jackson’s party came by horseback and wagon from Nashville. They were loaded with a tent and provisions, and they were determined to have fun investigating the witch. As the men rode along discussing how they were going to confront the witch, they came close to the Bell home. As they were talking over their plans, the wagon came to a smooth area of the road, suddenly coming to a halt and becoming stuck. No matter how loudly the driver shouted to the team, or how many times he cracked his whip…no matter how hard the horses pulled, the wagon could not be moved. Gen. Jackson commanded that all of the men dismount and push the firmly stuck wagon. Even with the extra manpower, the wagon still could not be moved. As a last resort, each wheel was removed and examined one by one. They could find nothing wrong with the wheels and they each moved smoothly on the axles.

It was reported that after all of this, that the rough and tough Gen. Jackson could no more than throw his hands in the air and shout, “By the eternal boys, it is the witch.” It was after this that a sharp voice was heard to say from the bushes, “All right General, let the wagon move on, I will see you again tonight.” All of the men stood looking in every direction trying to find the source for the voice that they had heard. Not a one of them could find an explanation for what they had just heard and seen. The horses suddenly started to move and the wagon made the small distance to the house without another problem.

There are various versions of this story and in at least one of them, Gen. Jackson did have another meeting with the witch that night. Betsy Bell reportedly screamed all night from her physical encounter with the witch and Gen. Jackson’s covers were jerked off of him as fast as he could pull them back up. His men reported being slapped, pinched and having their hair pulled all night by the witch. At the first sign of morning, the General’s men packed up and quickly retreated from the Bell property. The General was later quoted as saying, “I’d rather fight the British in New Orleans than to have to fight the Bell Witch.”

John Bell, Sr. and his family continued to be tormented for years. Then in October of 1820, John was struck down by an unknown illness while walking to his pigsty. Some thought he’d had a stroke because of his difficulty in speaking and swallowing. His health continued to decline over the next few weeks. The following part of the story comes from the Tennessee University in Nashville:

“On the morning of Dec 19, he failed to awake at his regular time. When the family realized that he was sleeping unnaturally, they attempted to arouse him. They discovered that Bell was in a stupor and couldn’t be completely awakened. John Jr. went to the medicine cupboard to get his father’s medicine and noticed it was gone with a strange vial in its place. No one claimed to have replaced the medicine with the vial. A doctor was summoned to the house. The witch began taunting that she had placed the vial in the medicine cabinet and given Bell a dose of it while he slept. Contents of the vial were tested on a cat and discovered to be highly poisonous. John Bell died on Dec. 20th. “Kate” was quiet until after the funeral. After the grave was filled, the witch began singing loudly and joyously. This continued until all friends and family left the grave site.”

The Bell Witch left the Bell family in 1821, promising that she would return in 7 years. She reportedly appeared at the home of John Bell, Jr. making good on her promise. It is said that she left predictions of world events that included WWI and WWII. She said that she would once again appear in 1935 – 107 years later. However, no one ever came forward as a witness to this event.

There are some that claim the Bell Witch still haunts the area. There is a cave on the land once owned by the Bell family, now known as the Bell Witch Cave. many of the locals still claim to see things that they can’t explain around the cave and on the property.

Although we may never know for sure just what John Bell and his family did experience all those years ago, would you take a chance on making the witch angry?

Assistant Director / Haunted Locations at National Paranormal Society
I am Deb Daniel Jansons. I was born and raised in the Huntsville, Al area, but lived in Ontario, Canada for 12 years, before coming back home to be with my grandson. I have had an interest in the paranormal since I was a small child and had my first experience. I love going out to places that are known to have strange things happen, but I always look for an explanation of anything that might happen when I am there and take nothing at face value. I also love to read anything that I can get my hands on concerning the paranormal and other people’s experiences. One of my hopes is that the day will come, during my lifetime that we will have absolute proof that there are spirits, aliens, etc out there. Until then, all we can do is investigate and hope. 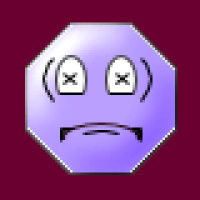 I am Deb Daniel Jansons. I was born and raised in the Huntsville, Al area, but lived in Ontario, Canada for 12 years, before coming back home to be with my grandson. I have had an interest in the paranormal since I was a small child and had my first experience. I love going out to places that are known to have strange things happen, but I always look for an explanation of anything that might happen when I am there and take nothing at face value. I also love to read anything that I can get my hands on concerning the paranormal and other people’s experiences. One of my hopes is that the day will come, during my lifetime that we will have absolute proof that there are spirits, aliens, etc out there. Until then, all we can do is investigate and hope.