Imagine walking through the woods, when you happen upon a tree…a tree that looks like no other tree you’ve ever seen. You go to touch it, because it’s unique, perhaps even beuatiful…drawing you in…then suddenly, it grabs and devours you! Does such a tree or plants exist? Although there are tales dating back to the 1880’s of carnivorous trees…the first carnivorous plant to be identified by botanists, was the Venus Fly Trap (Dionaea muscipula) in the 1760’s. It was unbelievable that a plant could capture and consume living specimens!

A century later…other reports started rolling in about carnivorous plants and even trees that could ensare and devour creatures as large as birds, dogs, and monkeys…and even humans! Dr. Karl Shuker, a well known, British Cryptozoologist states that “the most incredible case on file is one that first came to Western attention via an extraordinary letter allegedly received during the early 1870s (differing accounts give different dates) by Polish biologist Dr Omelius Fredlowski (sometimes spelt ‘Friedlowsky’). According to the letter’s contents, at least one Western explorer claimed to have witnessed an all-too-real, fatal encounter with a rapacious botanical monster (as portrayed vividly in the illustration opening this present ShukerNature article of mine) that would put even the worst excesses of Audrey II to shame!

The letter Dr. Shuker is referring to is from Carl Liche (a.k.a. ‘Karl’ and as ‘Leche’ or in other various combinations). Carl Liche was a German explorer in the 1880’s and had been visiting a primitive tribe called the Mkodos on the island of Madagascar with a Westerner named Hendrick. It is said that Liche and Hendrick were shown a mishapen, grotesque tree, which the Mkodos referred to as the tepe, and to which humans were sacrificed:

“If you can imagine a pineapple eight feet high and thick in proportion resting upon its base and denuded of leaves, you will have a good idea of the trunk of the tree, a dark dingy brown, and apparently as hard as iron. From the apex of this truncated cone eight leaves hung sheer to the ground. These leaves were about 11 or 12 ft long, tapering to a sharp point that looked like a cow’s horn, and with a concave face thickly set with strong thorny hooks. The apex of the cone was a round white concave figure like a smaller plate set within a larger one. This was not a flower but a receptacle, and there exuded into it a clear treacly liquid, honey sweet, and possessed of violent intoxicating and soporific properties. From underneath the rim of the undermost plate a series of long hairy green tendrils stretched out in every direction. These were 7 or 8 ft long. Above these, six white almost transparent palpi [tentacles] reared themselves toward the sky, twirling and twisting with a marvellous incessant motion. Thin as reeds, apparently they were yet 5 or 6 ft tall.”

Suddenly, after a shrieking session of prayers to this sinister tree, the natives encircled one of the women in their tribe, and forced her with their spears to climb its trunk, until at last she stood at its summit, surrounded by its tentacle-like palpi dancing like snakes on all sides. The natives told the doomed woman to drink, so she bent down and drank the treacle-like fluid filling the tree’s uppermost plate, and became wild with hysterical frenzy:

“But she did not jump down, as she seemed to intend to do. Oh no! The atrocious cannibal tree that had been so inert and dead came to sudden savage life. The slender delicate palpi, with the fury of starved serpents, quivered a moment over her head, then fastened upon her in sudden coils round and round her neck and arms; then while her awful screams and yet more awful laughter rose wildly to be instantly strangled down again into a gurgling moan, the tendrils one after another, like green serpents, with brutal energy and infernal rapidity, rose, retracted themselves, and wrapped her about in fold after fold, ever tightening with cruel swiftness and the savage tenacity of anacondas fastening upon their prey. And now the great leaves slowly rose and stiffly erected themselves in the air, approached one another and closed about the dead and hampered victim with the silent force of a hydraulic press and the ruthless purpose of a thumb screw.

“While I could see the bases of these great levers pressing more tightly towards each other, from their interstices there trickled down the stalk of the tree great streams of the viscid honeylike fluid mingled horribly with the blood and oozing viscera of the victim. At the sight of this the savage hordes around me, yelling madly, bounded forward, crowded to the tree, clasped it, and with cups, leaves, hands and tongues each obtained enough of the liquor to send him mad and frantic. Then ensued a grotesque and indescribably hideous orgy. May I never see such a sight again.

“The retracted leaves of the great tree kept their upright position during ten days, then when I came one morning they were prone again, the tendrils stretched, the palpi floating, and nothing but a white skull at the foot of the tree to remind me of the sacrifice that had taken place there.”

Liche subsequently dubbed the tepe Crinoida dajeeana (after a fancied resemblance to the starfish-related crinoids or sea-lilies, and in honour of a noted Bombay physician, Dr Bhawoo Dajee).

Carl Liche was not the only visitor to Madagascar to learn of this nightmarish species. Chase Salmon Osborn, Governor of Michigan from 1911-13, traveled to Madagascar during the early 1920s in the hopes of witnessing the carnivorous tree. Unfortunately however, but perhaps lucky for him, he was unsuccessful in locating one, though it was apparently well-known to natives all over the island, and even some of the Western missionaries working there. Mr. Liche also claimed that from the very earliest times, Madagascar had been known as ‘the land of the man-eating tree’, which he used as the title of a book that he later wrote about his sojourn in Madagascar (though the tepe itself scarcely featured in it).

According to Wikipedia…in his 1955 book, Salamanders and other Wonders,[10] science author Willy Ley determined that the Mkodo tribe, Carl Liche, and the Madagascar man-eating tree itself all appeared to be fabrications.

During the late 19th and early 20th centuries, a number of explorers searched for the man-eating tree in Madagascar, not realizing that the story was a NY World hoax.

In 1888 the story was fully exposed for what it was, and its author identified. Frederick Maxwell Somers had launched a new magazine, Current Literature, and in the second issue he reprinted the story of the man-eating tree and provided information about its origin: It was written years ago by Mr. Edmund Spencer for the N.Y. World. While Mr. Spencer was connected with that paper he wrote a number of stories, all being remarkable for their appearance of truth, the extraordinary imagination displayed, and for their somber tone. Mr. Spencer was a master of the horrible, some of his stories approaching closely to those of Poe in this regard. Like many clever men his best work is hidden in the files of the daily press. This particular story of the Crinoida Dajeeana, the Devil Tree of Madagascar, was copied far and wide, and caused many a hunt for the words of Dr. Friedlowsky. It was written as the result of a talk with some friends, during which Mr. Spencer maintained that all that was necessary to produce a sensation of horror in the reader was to greatly exaggerate some well-known and perhaps beautiful thing. He then stated that he would show what could be done with the sensitive plant when this method of treatment was applied to it. The devil-tree is, after all, only a monstrous variety of the ‘Venus fly trap’ so common in North Carolina. Mr. Spencer died about two years ago in Baltimore, Md. Frank Vincent: The first man-eating-tree searcher was the American travel writer Frank Vincent, author of Actual Africa. He traveled throughout Madagascar during the early 1890s, and while he wasn’t there specifically to search for the man-eating tree, he later told reporters that he did ask around about it “for his own personal satisfaction”. However, he couldn’t find it and concluded that accounts of it were “the purest Munchausenism”.

It seems that almost every detail in the story was fictitious. None of the individuals mentioned in it existed…not Karl Leche, Dr. Omelius Friedlowsky, or Dr. Bhawoo Dajee. The Mkodos were apparently not a real tribe, and the tree itself, was pure fantasy…a gothic horror of the colonial era. However, the source to which the story was credited, “Graefe and Walther’s Magazine, published at Carlsruhe”, was a real publication. Or, at least, there was a scientific journal founded by two prestigious German surgeons, Karl Ferdinand von Graefe and Philipp Franz von Walther, titled Journal der Chirurgie und Augenheilkunde (The Surgical and Ophthalmic Journal). This journal interestingly enough was published in Berlin, not Carlsruhe. Also, it began publication in 1820 a

nd ended in 1850, following the death of Walther. So by 1874, there hadn’t been a new issue of the journal for 24 years. Therefor, this journal was NOT the original source of the man-eating tree story.

The idea that a carnivorous tree existed, was not to be tamed however…for after The Tree of Madagascar tale…in central America, in the late 1880’s, reports were made of a tree called the Ya-Te-Veo.

that was said to grow in South America. It supposedly caught and consumed humans by means of its long tendrils:

It is said to grow in parts of Central and South America with cousins in Africa and on the shores of the Indian Ocean. Though there are many different descriptions of the plant, most reports say it has a short, thick trunk, and long, tendril like appendages which are used to catch prey. Some have even claimed that it has an eye to locate it’s prey with.

Over the years, the media has taken off with these tales of horror as the tree and other carnivorous plants are repeatedly utilized in movies throughout the 20th century. Ron Sullivan and Jon Eaton, writing in the San Francisco Chronicle in 2007, noted that the man-eating tree of Madagascar served as the “progenitor of a whole literary dynasty of sinister plants.” These included: “H.G. Wells’ Strange Orchid (it stupefied its victims with perfume and sucked their blood with its tendrils); John Wyndham’s peripatetic Triffids; the Widow’s Weed in Gus Arriola’s ‘Gordo’ comic strip; and, not least, Audrey II of ‘Little Shop of Horrors.'”
Carl Liche, it seems, is not who he claimed to be. Researchers who investigated this case in the 20th century found no evidence to prove Liche’s story, or even his existence for that matter. Those who investigate unknown animals are called cryptozoologists (or perhaps in this case, cryptobotanists). As they’re known for being somewhat credulous, you can probably take the sceptics’ word for it when they say that this crypto-veggie doesn’t exist. Or does it?

Since the story of The Madagascar Tree, and the Ya-Te-Veo Tree, other reports continue rolling in about various man-eating trees…The

Nubian Tree for example, found in Nubia, and The Vampire Vine in Nicaragua, called “The Devil’s Snare” by the local natives.

The Tree of Madagascar appears to have been debunked…however can we prove unequivically that there are no carnivorous plants or trees like that of the Ya-Te-Veo existing that can capture and consume a human? So far it seems not…however we cannot also claim for a fact, that it does exists. What we do know, is that there are in fact various carniorous plants aside from the common Venus Fly Trap. The carnivorous plant with the largest known traps is probably Nepenthes rajah, which produces pitchers up to 38 cm (15 in) tall with a volume of up to 3.5 litres (0.77 imp gal; 0.92 US gal).[2] This species may rarely trap small mammals.[3] 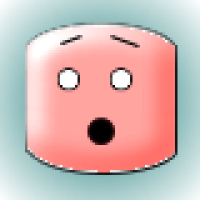